“WE EXIST”, self-portraits in Norwegian prisons 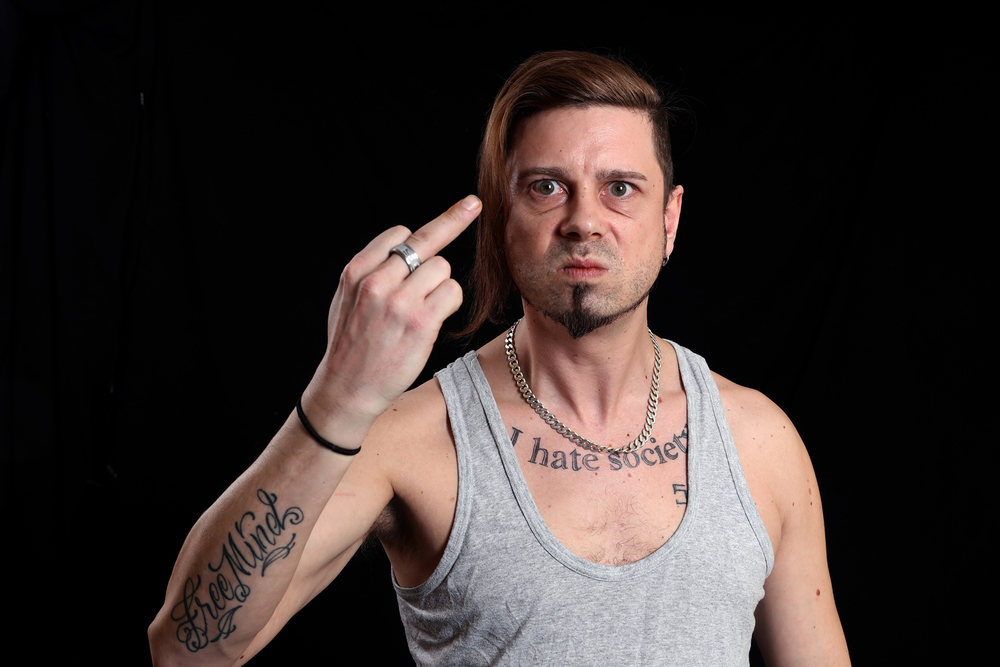 This is a project of artistic collaboration between Spanish artist Cristina Nuñez, a group of students the Oslo Fotokunstskole and inmates (men and women) of three Norwegian prisons: Bredtveit, Ila and Ullersmo. The project is funded by the EEA Grants through the Norwegian Embassy in Spain and it is the continuation of a previous project called “Her/Story, Women Behind the Camera” produced in 2013-14.
For the project “We Exist, self-portraits in prison”, Cristina Nuñez is training a group of photography students to use her method The Self-Portrait Experience®, first on themselves and then on prison inmates. The resulting images, both the students’ self-portrait projects are shown on the online exhibition. Visitors can also follow the blog “We Exist”.

The self-portrait above belongs to T.L. who was finally going out of prison two days after the picture was taken, so his expression meant to be “Fuck off, prison, I’m leaving”. I love this picture, although I was a bit worried that by publishing it, and writing that this is a prison inmate, it could feed the stereotype. At the same time, this is the emotions self-portrait, they are free to express whatever they need to say. Plus my aim is not to prove that prison inmates are “good” or just to show their vulnerability, but to give them a voice, even if this voice says “Fuck off” or “I hate society”. I feel the same sometimes, so why shouldn’t he have the right to say it without us thinking “yeah, he’s a bad guy”. It would be more interesting for us to mirror ourselves and listen to that same feeling we might repress… Moreover, over 90% of prison inmates come from a poor upbringing, with far less resources, less opportunities, and bombarded as we all are with role models of huge success and wealth.