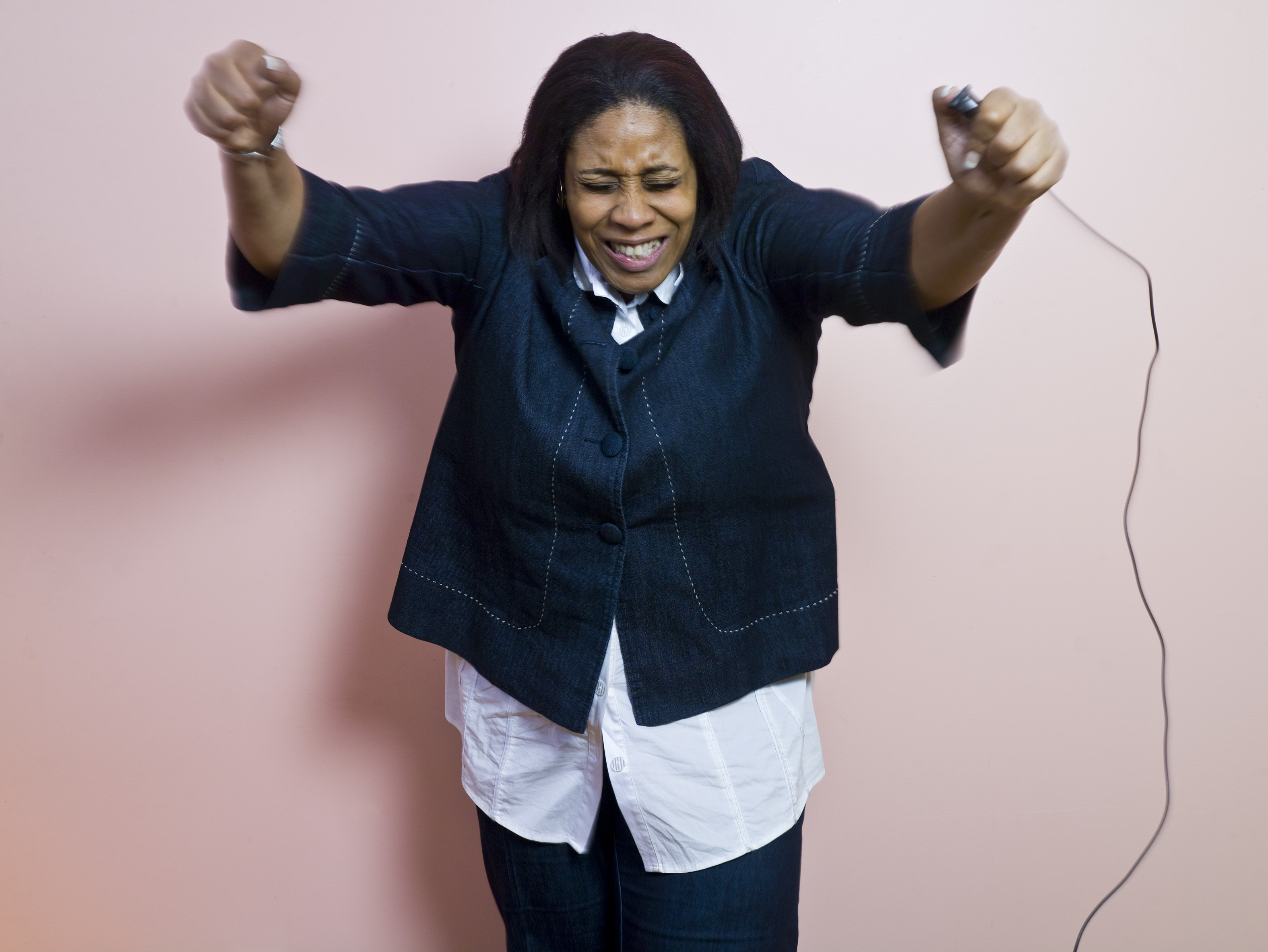 “Housing Works is the largest
community-based AIDS service organization in the United States, as well as the
nation’s largest minority-controlled AIDS service organization. Since our
founding in 1990, we have provided lifesaving services, such as housing,
medical and mental health care, meals, job training, drug treatment, HIV
prevention education, and social support to more than 20,000 homeless and
low-income New Yorkers living with HIV and AIDS.

Housing Works is committed to
ending the twin crises of AIDS and homelessness. We believe that all people
have the right to a rich and empowering life. Since 1990, we have provided the
highest quality services for homeless men, women, and children living with HIV
and AIDS in New York City and beyond.

In November 2007, Housing Works’
Women’s Health Center (WHC) officially opened for business on the lower level
of our headquarters in Brooklyn, the New York City borough with the largest
HIV-positive female population.

The first “pioneer” group of WHC
clients has fully embraced the center and is spreading the word that the WHC
is, as the center’s motto goes, “A Positive Place for Positive Women.” “

In March 11, invited by Housing Works’
Creative Arts Therapist Briana McWilliam, I placed a photo-studio at Housing
Work’s Women’s Health Center in Brooklyn, where 6 hiv positive women came and
took their self-portrait, following my instructions on the expression of
emotions. Just after taking their pictures we looked at the photographs
together and they chose their work of art.

I was stunned at their energy, joy, inner
strength, and their capacity to see and accept their own image. Maybe when we
reach the depths we are more able to accept ourselves as we really are. In this
series, all emotions are present. All these women seem to send an important
statement to the world: that despite illness and the pain that comes with it,
we humans possess huge resources and inner strength. Actually, illness and
suffering can bring out the best qualities in human beings, especially when
they are transformed into art.

Pamela (photo above) was expressing rage,
but it also looks to me like a celebration, a YES WE CAN gesture…. Her face
even reminds us of Barack Obama!Yes, WE (not only I) can overcome illness. Yes,
it requires a big inner effort, looking inside and reaching our depths until we
find our own higher self. 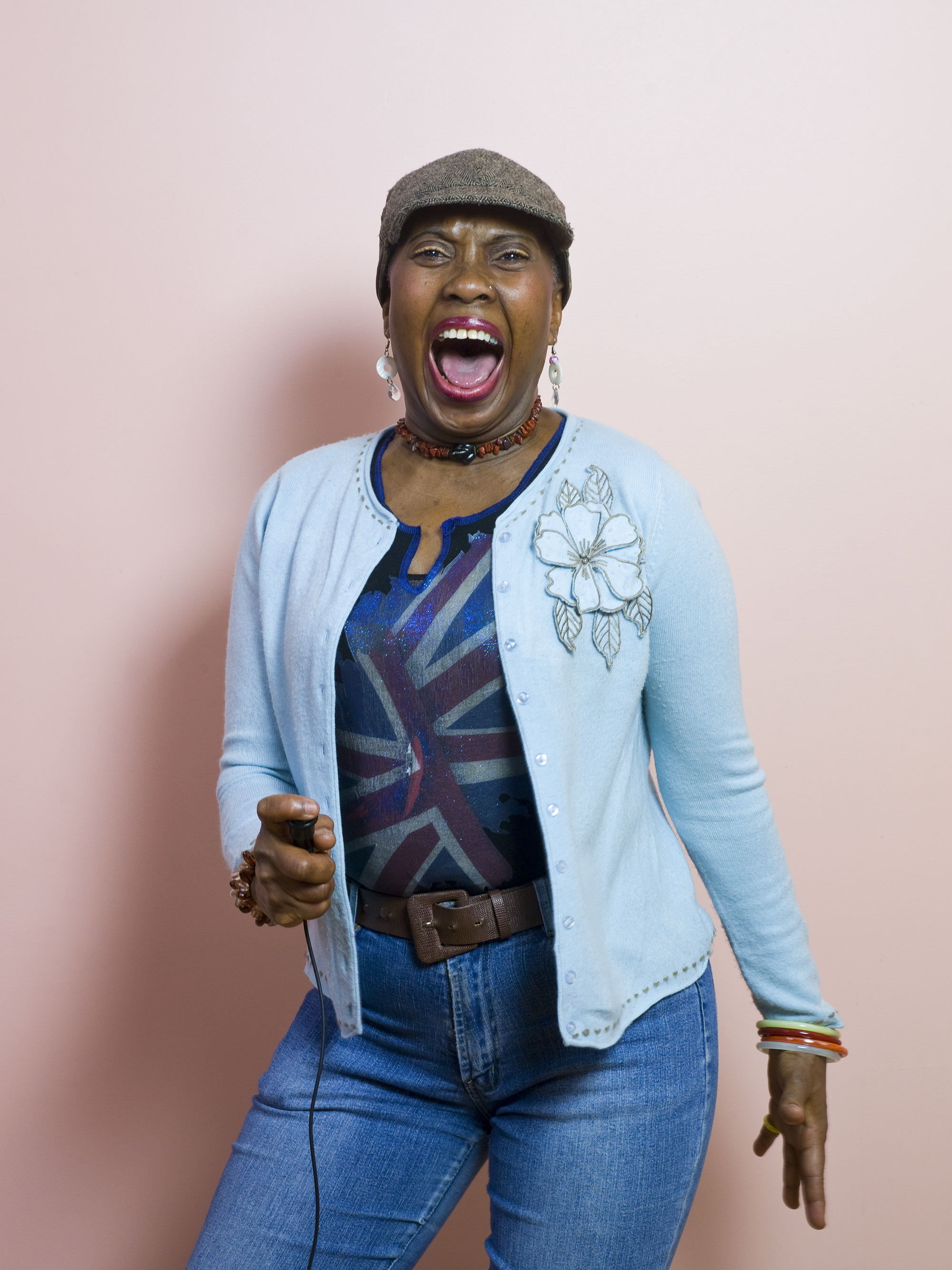 Daisy too, was expressing rage in this
picture, but it seems she’s singing. The work of art has multiplicity of
meanings, it can be interpreted in many ways. When we concentrate on the
expression of a difficult emotion, the work of art will express a much wider
range of emotions and attitudes, even though we might not be conscious of it.
What’s really interesting of these pictures is that their best qualities are
expressed unconsciously. The self-portrait is the voice of the unconscious, it
expresses what needs to be said. 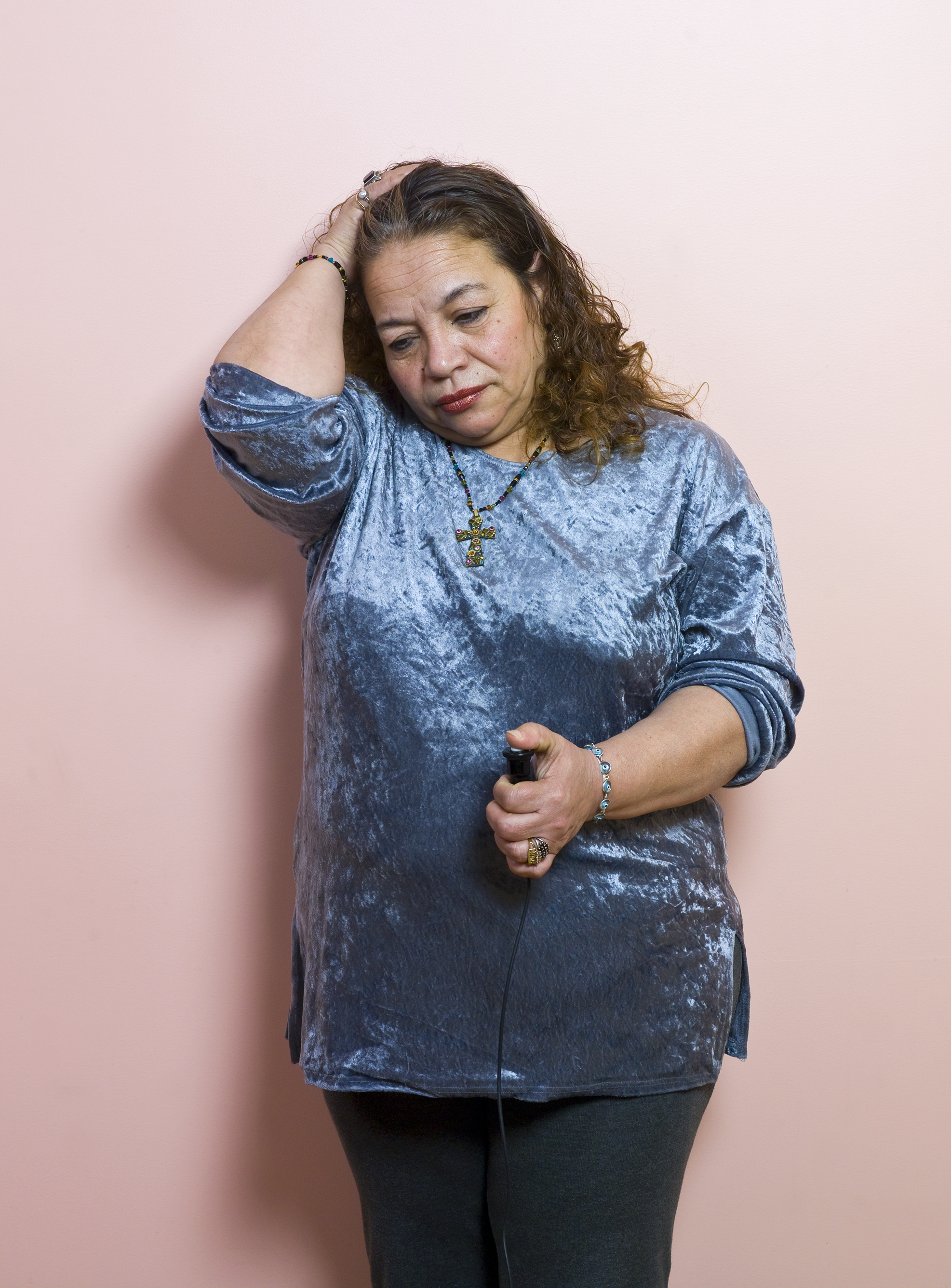 Maria has had a very tough life. She chose
this picture, because she liked to see herself so concentrated thinking, and at
the same time, protecting herself. Her left arm pressing the shutter shows her
acceptance of it all. 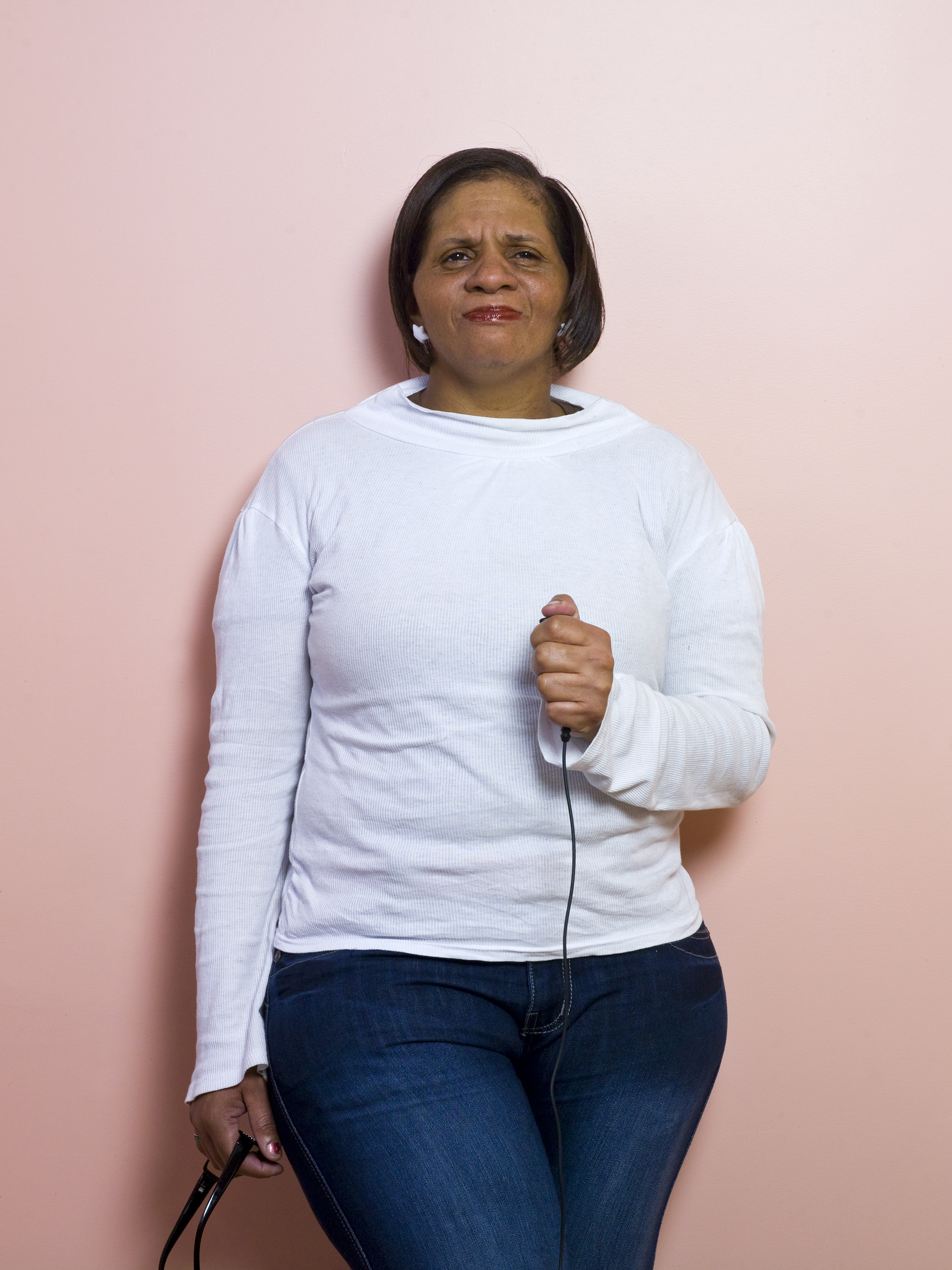 Michelle took a first series of pictures,
all very serious. When she was looking at them she said she really looked like
her mother, and her grand-mother. But she wanted to take more pictures, so I
asked her to concentrate on joy this time. In the work of art she chose, we saw
the whole process: some melancholy and pain, memories of the past, her mother
and grand-mother, acceptance and even some satisfaction for what she’s gone
through. 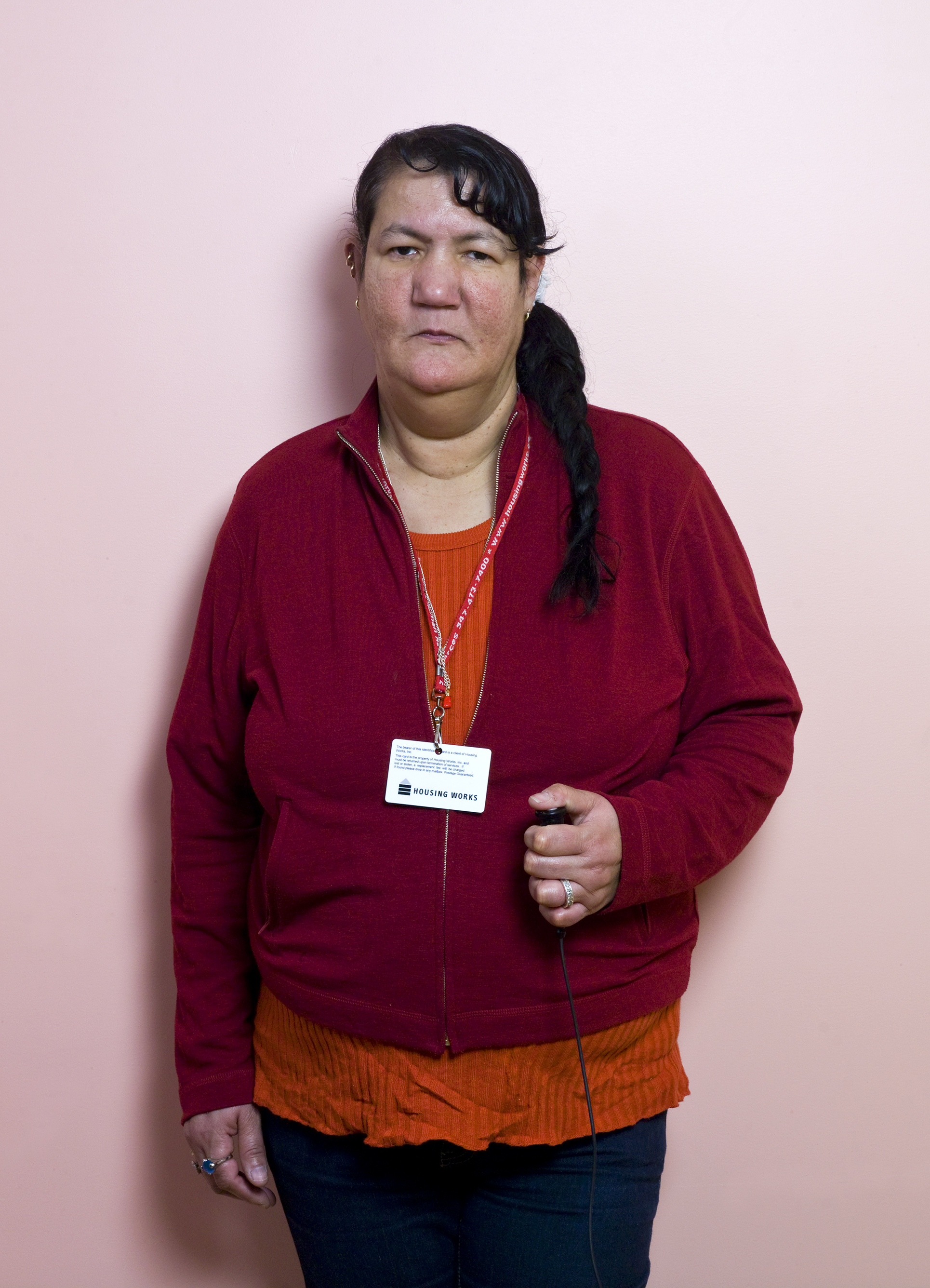 Marilyn is a Navajo American Indian and she took a series of very similar
photographs. It seems to me that she needed to make this statement and no
other. This is the very first one, in which her energy is higher, and the one
she finally chose. We saw she her expression of pain and the burden of living,
she seems to ask herself if she can trust others, but at the same time I feel
she is saying “I’m still here and I will never give up, no matter what
happens…” At the beginning we might only see the difficult part, but if we
watch closely and make an effort to see the strengths, we will always manage to
see our higher self. 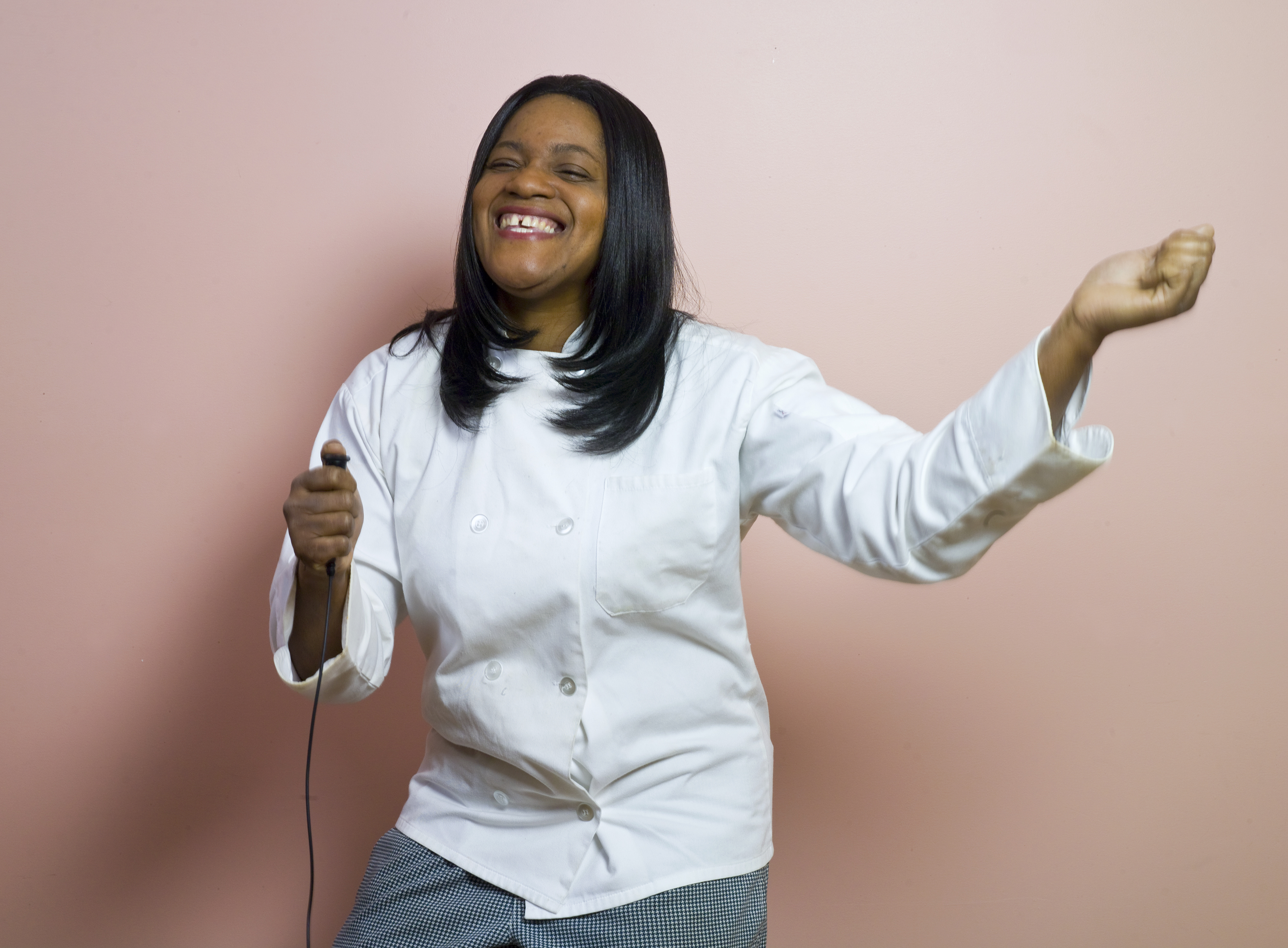 Judith is from Jamaica. In all her
pictures she looked like talking to a large audience. I asked her “are you a
politician?” She said her part-time job is something similar, she is a cosmetic
counsellor “I’m a people person”, she said. In this picture we saw an important
modern icon, and we could even hear the music. We felt reggae’s rhythm is
present in the way she moves her body, and her arm forms a V, as in Victory…

The Self-portrait Experience can give
back a new positive image of the self, incredibly empowering to the author.
Being the portrait of our higher self, the work of art will continue to talk to
them day by day reminding them of their qualities and strengths, and it will
talk to us all, touching us and expressing the greatness of the human kind,
even in the most difficult circumstances.

If it is true that today technology and
the self-portrait allow anybody to produce art without any expertise, then
people who suffer from serious illnesses or other problems in life have the
opportunity –if necessary with an artists’ initial guidance-, to make great art,
since the deeper they suffer, the more communicative and universal their work
can become. Becoming artists, apart from channelling and transforming the pain
into art and therefore improving their self-esteem, would give them the
possibility to play an essential social role, that of expressing the present
and future needs of human beings, thus inspiring people to keep a connection to
their inner Being, in a society mainly –and poorly- guided by materialism and
economic growth.