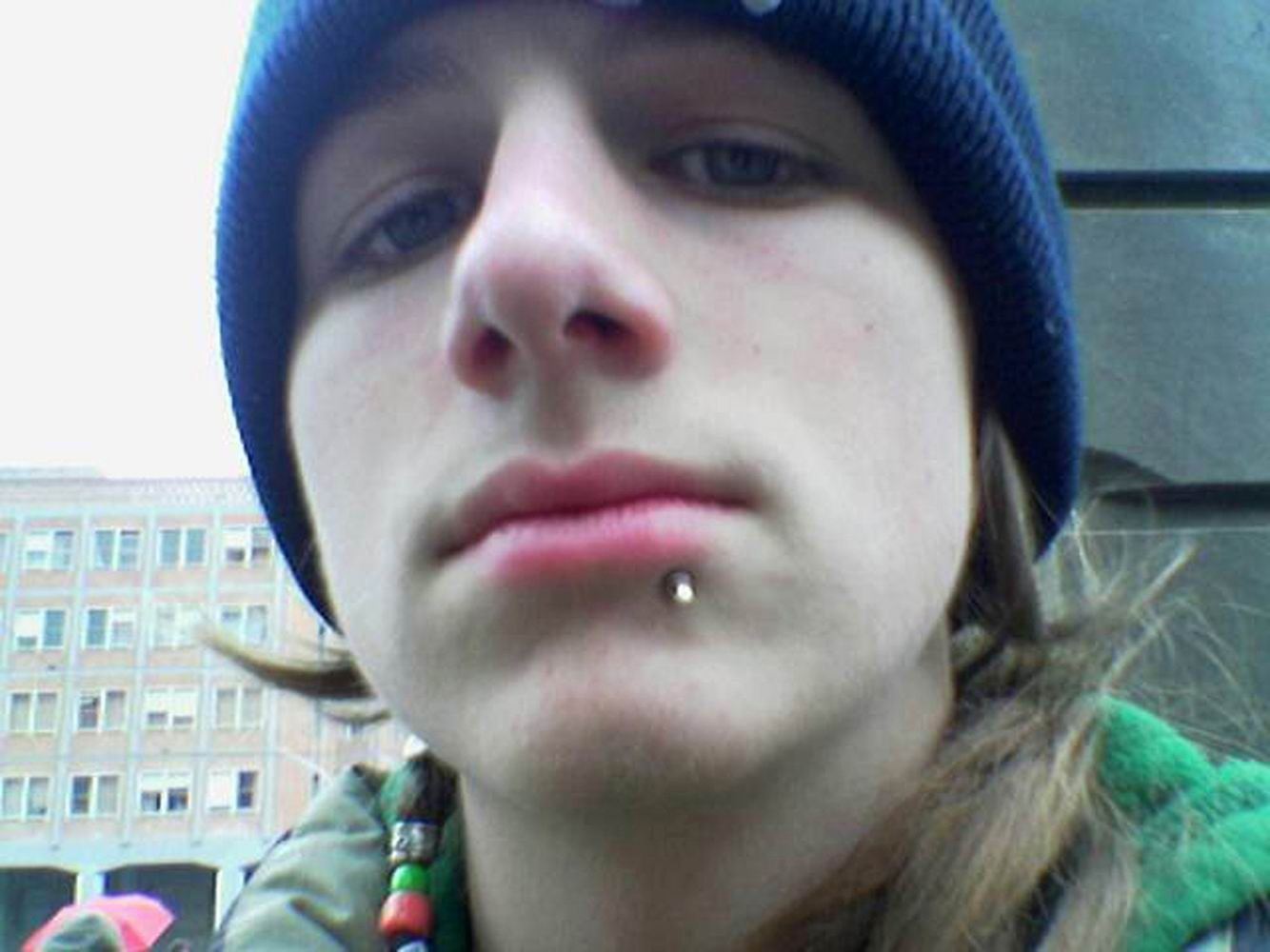 In 2007 Matthias was already an expert self-portraitist.
He is the one who asked me to organize a workshop for teenagers. He started to photograph himself instinctively with his mobile phone during tough times. His parents had separated, his father went to live in China, he and his mother were living in somebody else’s house and his performance at school was bad.

In his first pictures he showed the rap gesture “RESPECT” (his open hand with the two fingers together). He was saying to himself “I respect myself”. He continued to take pictures, showing his own inner light, the creative fire within, his own higher self. To face the camera lens with pride, saying I EXIST! Respect for yourself however and whenever, even under the snow, intuitively placing the camera in a low position to see himself taller, bigger, to give himself the dignity which this society does not give to adolescents. The more he photographs himself, the more aware and peaceful Matthias becomes. He is building up his own inner strength, brick after brick. He’s confronting himself, daily giving respect to himself, to look inside and accept what’s there, to cling to yourself in difficult times: this makes the self-portrait a powerful tool for self-therapy. 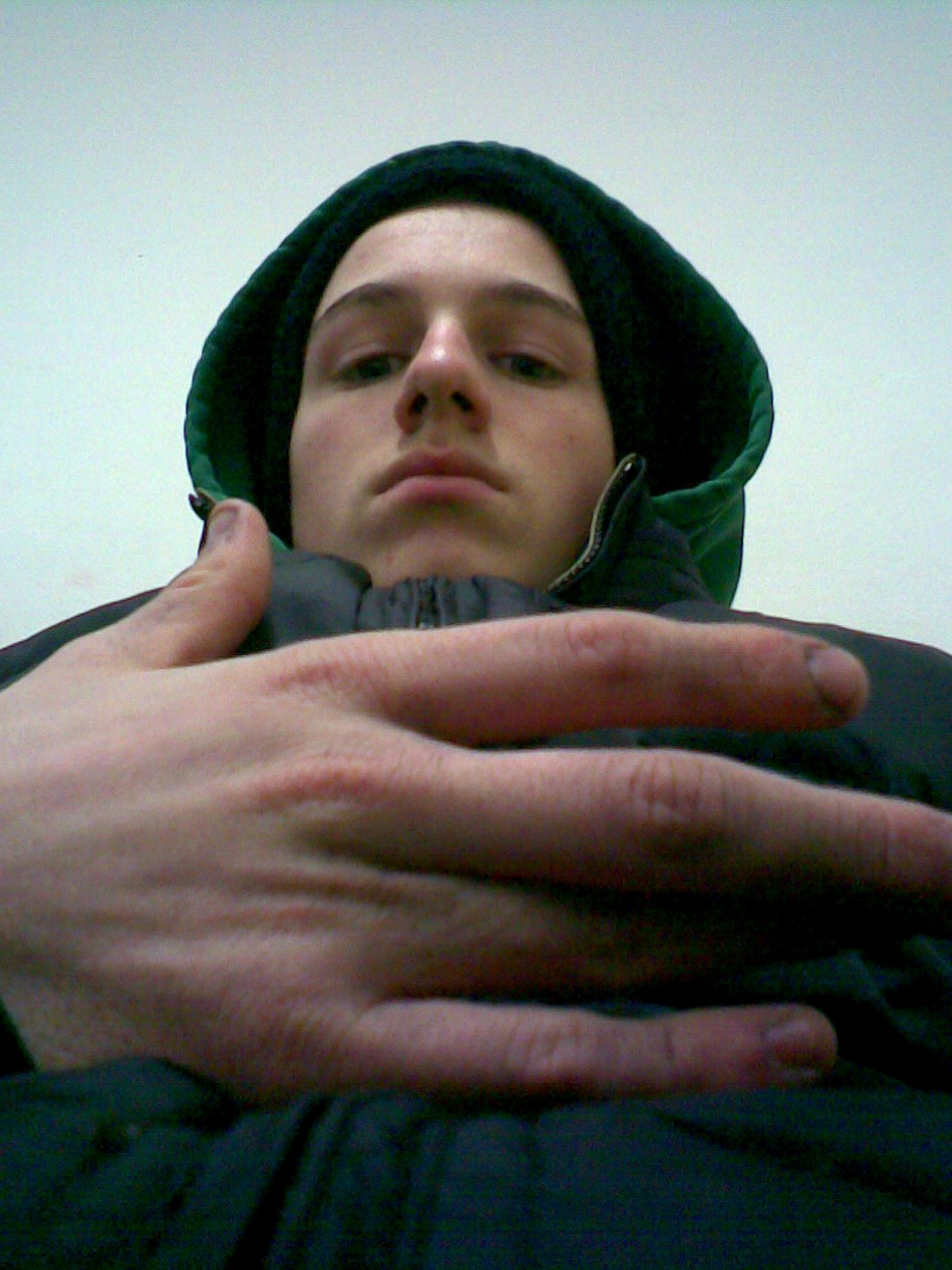 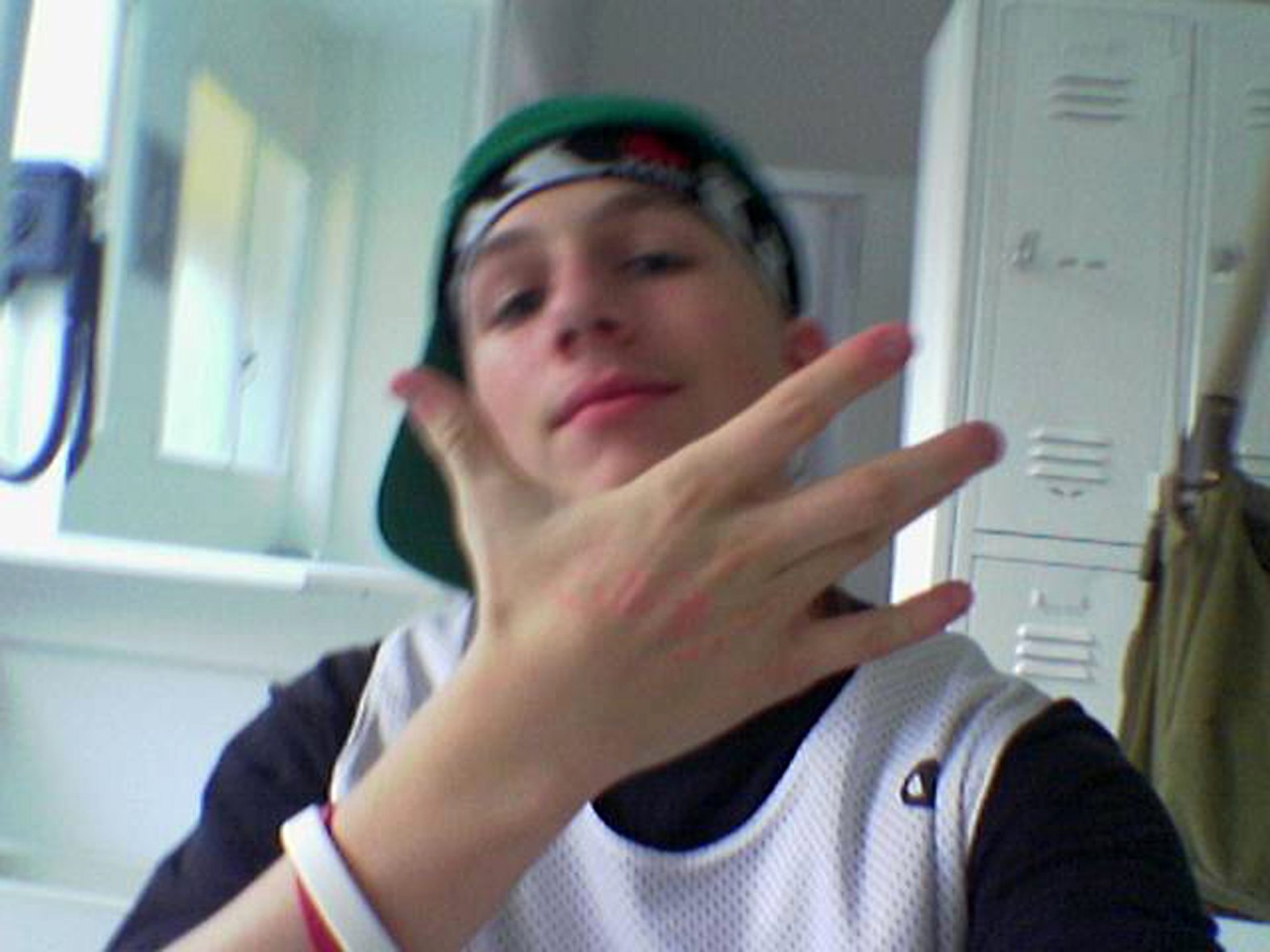 After a while, he didn’t need the RESPECT gesture anymore. The foundation was solid now, so he could start expressing different emotions and play with the multiplicity of his ego. In the wonderful rage sequence he becomes a barking dog, and after that he looks satisfied,
liberated, proud. The message is clear: we have a lot of rage inside, and it’s fine. Matthias becomes more and more solid and charismatic. Then come the new ideas, projects, characters to represent. It doesn’t matter what he does, what’s essential is to be whole.

Many years later, in 2014, Matthias speaks of what that past experience has meant to him, in this video, in which I recorded several interviews asking my workshop participants for feedback.