Her/Story, Women Behind the Camera is a project by Cristina Nuñez funded by EEA Grant “Cultural diversity and cultural exchange” and by Generalitat de Catalunya. The project, facilitated by curator Carolina Lio, has been presented at H2O Gallery of Barcelona in July 2014 and exhibited at the Oslo Fotokunstskole (August 2014) and at El Patio de San Martin de Los Heros in Madrid (September 2014). Project’s aim is to produce an active interaction between Spanish and Norwegian society taking into account three different social groups: two established artists (Spanish artist Cristina Nuñez and Norwegian artist Lotte Konow Lund), a group of female students from the Oslo Fotokunstskole and a group of women from the prisons of Bredtveit (Oslo) and Brians 1 (Barcelona). They had been asked for a comparison about feminine body and feminine identity in their own living context. 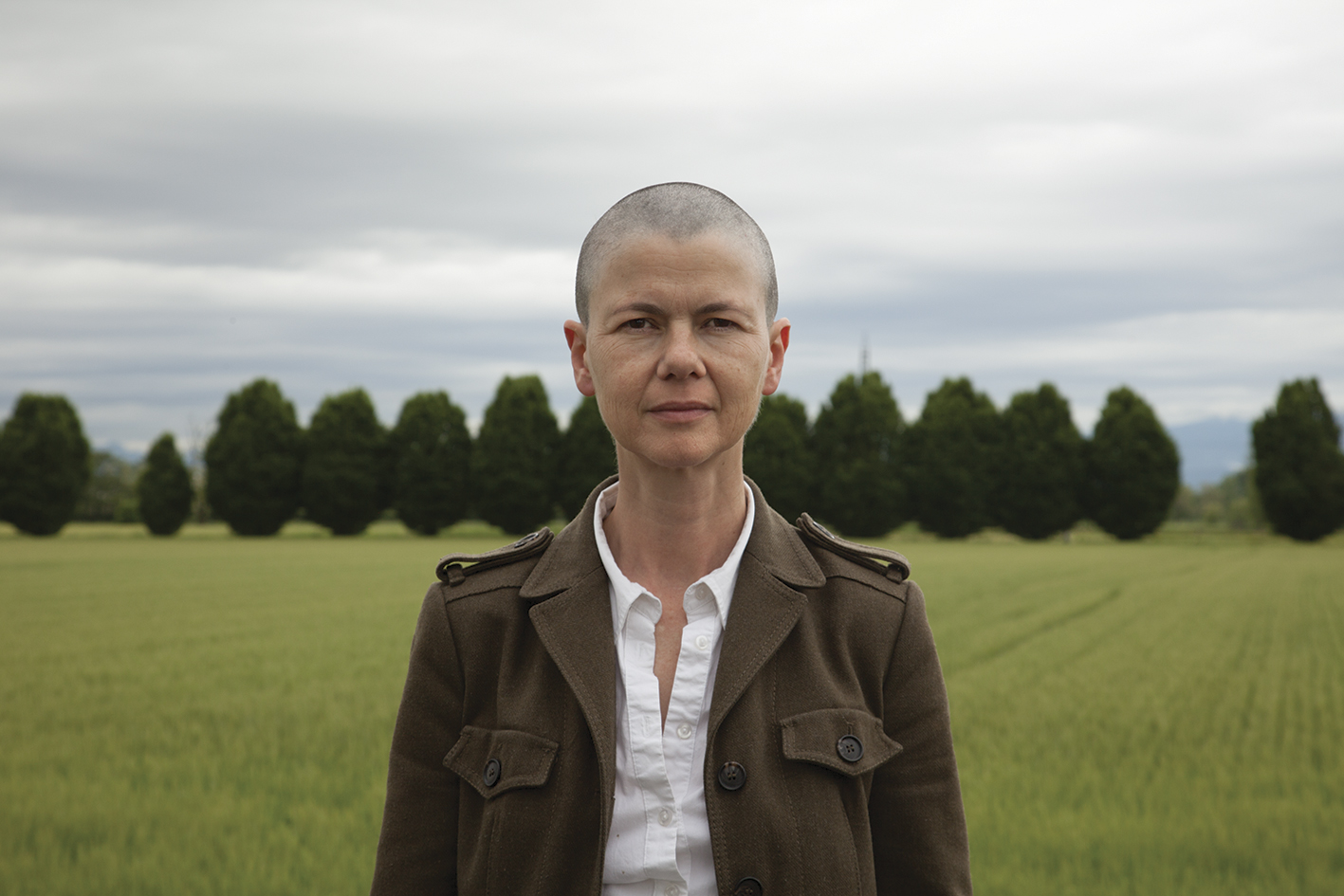 Most part of the project’s interest is due to the comparison between two extremely different countries within Europe and to the analysis of political, social and economic duality between Spain and Norway. Mediterranean country, suffering a strong economic crisis with its consequent social repercussions, Spain has recently experienced very difficult years, becoming one of the poorest countries of the EU. The crisis of Spanish property market has made eadlines around the world for its almost sci-fi devaluation, and as unemployment rises and welfarism decreases, social discontent is growing, sharpening the desire for independence of territories such as Catalunya. On the contrary, Norway has never been so supportive to itself, solid, proud and prosperous. After the yearned independence from Sweden, the pledge to be paid was high. A great poverty had bent the country, that has been almost magically taken up thanks to the discovery of petroleum in the ’60s, quickly becoming not only the richest country in Europe, but also the one with the best sharing of wealth. So the Norwegians, proud of being such, are well-off and self-confident people in a country under renewal.

Cristina Nuñez, in the wake of her autobiographical and self-therapeutic researches, decided to analyze the deep and antithetical differences between the two countries from the point of view of the “weaker sex”. In Mediterranean countries, the woman is still “the second sex” as expressed by a great intellectual, Simone de Beauvoir. The culture of southern Europe has basically remained anchored to the idea of the woman-mother, a pivotal figure of the society only if taken in the family context. The woman, in short, fulfills her own life when she becomes bride – better if devoted – and then mother. Career and projectuality are seen as youthful values for a single woman, almost passing fancies destined to extinction and to meet something more stable and serious, which is the classic figure of the woman very close to her man and her children. They are countries where the word “spinster”, notwithstanding it is used less and less in favor of more politically correct terms, still makes sense. And even more sense does it have the word “sacrifice,” which for a woman is supposed to be spontaneous and natural. The female independence is of course conceived and ever craved, but vulgarly identified with sexual boldness and awareness, jumping from the frying pan into the fire. The woman, with the illusion of winning a position in the world, seeks her own value in the beauty and in the power of seduction, voluntarily becoming a sex object in order to grasp the privileges that are offered in exchange by a power that is still sexist.

In the video-trilogy prepared for Her/Story, entitled “La vie en rose”, Cristina Nuñez talks to a hypothetical future lover to whom asks to fall in love with her hrough her rtwork. In the videos she talks about her loneliness, her pain, the feeling of being unsuitable and unacceptable, ugly, about the fear of rejection, the desire to die. She alternates her extreme character traits without hiding or soften them. She wants his imaginary observer to see her exactly as she is, arriving prepared and aware of her more black and more difficult sides that he will have to accept, to love, to share. For this reason Cristina takes herself both in simple everyday gestures (having breakfast) and in moments of deep despair in which she is filming herself naked and in tears, disclosing her own darkest and deepest thoughts.

In the exhibition at the Oslo Fotokunstskole, “La vie en rose” is put in parallel with the result that has occurred in the workshops held by Cristina Nuñez in the prisons of Bredtveit (Oslo) and Brians 1 (Barcelona) and with the photos prepared by a group of students of the school. On one side, women in prison with a unruly and painful life, many of them coming not from Norway but from South America, so Hispanic; on the other side, young students by the promising future that represent a privileged class within the Norwegian society. To both of the two groups the same exercise has been proposed, consisting of standing in front of a camera and take a self-portrait. Thus said, it would seem simple. In practice, Nuñez’s method is to let every single person communicate with the camera (therefore with an eye that peers into them) while they work on their deeper and more uncomfortable, emotions, such as fear, terror and pain. When they feel ready, each single person shoots three self-portraits, the results of which are usually pretty striking, the subject is almost unrecognizable and the real people, once the exercise is finished, often in tears.

This result is obtained both with young students, free and emanticipated within a society that offers them a great future, or with women with shattered lives, abandoned by all, even by themselves.

My personal deduction is that the social differences related to nationality, culture and social class, are like a skin that is easy to wear when it comes to intellectual matters, or to politics or economics. But at a deeper level there is a humanity that, if it finds an escape valve, erupts like a volcano a lava of repressed emotions that doesn’t concern our “education” and our awareness of social norms and expectations. This part, which Cristina calls “higher self”, indeed flies higher, flies over practical factors and talks about a naked humanity. We could even say, about a mother of humanity, wise enough to not have to cling to the external conventions to be herself.