SUFFERING GODS: THE SELF-PORTRAIT EXPERIENCE AT THE FESTIVAL FOTOGRAFIA IN ROME 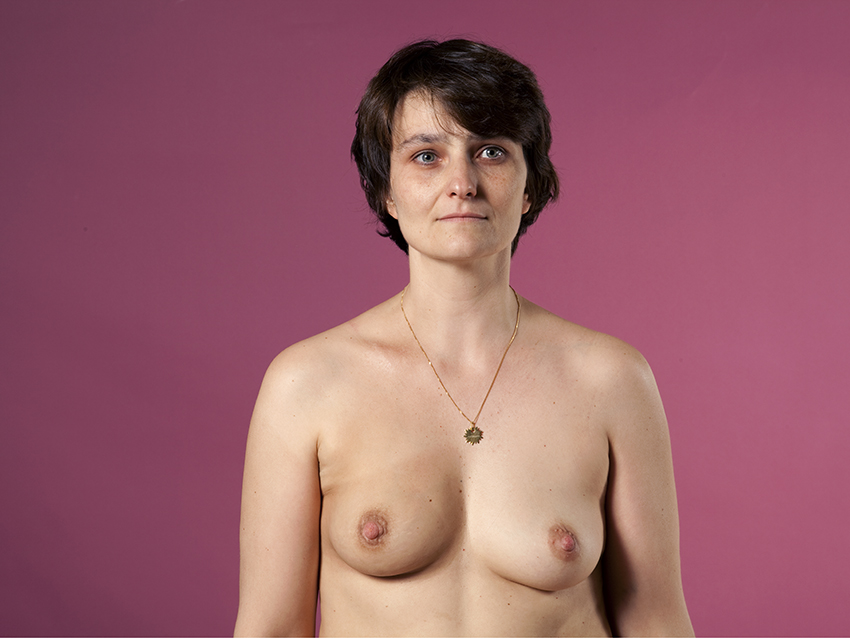 These are some of the works produced during my Self-portrait Event at the end of May in Rome. As a series, I had the feeling that they were different than previous ones. A couple of days after, back home in Gorgonzola, I started to imagine a possible meaning of these magnificent self-portraits. As usual, I have seen, in many of the works, the participant’s higher self, a sort of divine figure which could be living inside each one of us. My readings of Nietzsche had stimulated the idea that God is inside us, not outside us. Not only in certain individuals, as Nietzsche seemed to think, but in all of us, and I feel that this divine self appears more clearly and strongly in those who suffer the most: their works of art are often more powerful. This made me think that pain and despair could be a sort of door to knowledge, which has also been true in my own personal experience. With these thoughts in my mind I looked at the Roman self-portraits again and immediately saw the “suffering and tormented Gods” of Zarathustra. So I continued to philosophize: if the Gods are in us now, they probably suffer immensely… Maybe they are not in the Olympus anymore. Could they be, like us, living in the “Age of Despair” as the Indian Veda say? They might have travelled “going down” like Zarathustra. But they are still gods, they have the capacity to heal us and guide us to build a better world.

In my point of view, we all have a profound relationship to our ancestors and to the local culture surrounding us. In the collaborative self-portraits I have produced together with people from many different countries, I feel this relationship is made visible. Modern Rome still embraces the power of its awesome civilization, which still influences its inhabitants. According to philosopher Giuliana Bruno, professor of Visual Studies at Harvard, the relationship of our body and emotions with the space surrounding us, helps us to build our memory and identity. Emotions are not only private, Bruno says, a.but a form of communication with the public sphere.

A.G., (photo above) a Roman young woman and mother of two young children, who is suffering from breast cancer, becomes, in my vision, Maia Maiestas. Maia is mainly remembered today as the Roman goddess of spring and rebirth, like the month of May that bears her name. “Maia” means “the maker,” and every spring she makes the green grass and the fragrant flowers grow again. She is also praised as “the grandmother of magic” because her son (by Zeus), the god Hermes, was the first to discover that mysterious art. For some she is also Bona Dea, the goddess who heals illnesses. A.G. said “Maia Maiestatis makes me feel huge in every way: generous, stable, voluptuous, everything a mature woman should become, and this picture expresses all this.”A.G. also said that she doesn’t see illness as an enemy and that she does not believe in an external cure. She’s living through her illness as a process of knowledge, or herself and others, of the world. In the first picture we both felt she is so much in touch with her body and her illness that we can imagine her listening to the message of cancer, feeling those “crazy cells” (so she calls them in her “cancer blog” https://widepeak.splinder.com/) working inside her, trying to accept her body as it is now despite the pain and re-appropriate herself of it. Her right breast looks darker, smaller, harder and also younger. This is part of what she’s written on her blog: “How free I’ve felt to see myself without the usual complexes I’ve always had about my body, perhaps a bit banale, but so dear to me, coming from a “previous life”: once a tragedy, now a tender thought. I’ve seen myself and loved myself, unassumingly. I am so thankful to this desease which has made me grow… How free I’ve felt for not being afraid of unimportant things. It’s been a small journey, a road which turned back into the shadows, but now I know it’s there, and this is reassuring. Thank you Cristina for sharing a part of it. “ 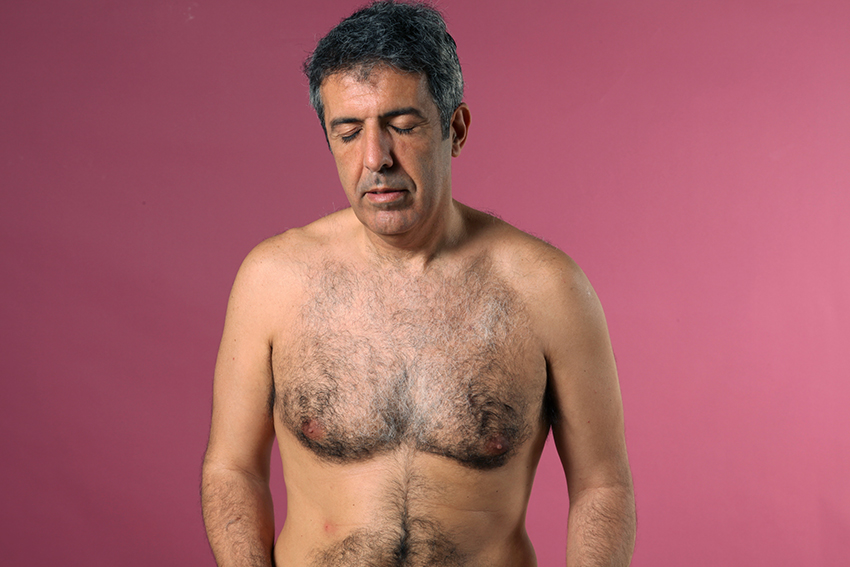 Marco Delogu (left) is the Creative Director of the Festival of Photography in Rome, and a very talented photographer. As a
leader of the Festival, he seems to say “Get naked and look inside”, becoming the leader of this series too. He has managed to produce a great Festival, despite the drastic cuts of the budget due to the crisis. This makes me see another message in the picture: “you can take everything from us, cut our hands, but our soul will always be alive”. 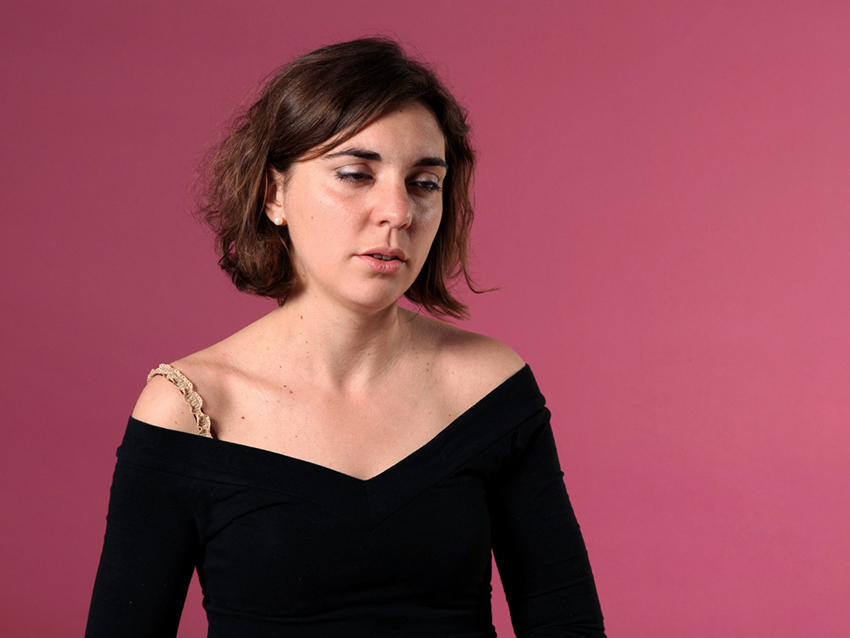 Francesca, co-author of this magnificent self-portrait (above), wrote me “I am really happy to
have worked with you. Even if we have barely talked for five minutes, I think
you have understood me deeply. Just after you’ve told me to choose between rage
or despair, I didn’t hesitate, I already felt very moved. I felt my pain has
been listened to, I have been really seen. To see my despair from the outside
is really unusual, since I usually keep it for myself and never share it with
anybody. The effect of this picture in my work colleagues has been very
interesting, because they are used to see me always smiling. During the
Festival, several photographers wanted to capture my smile and you have helped
me express that part of me which is unknown to others.” 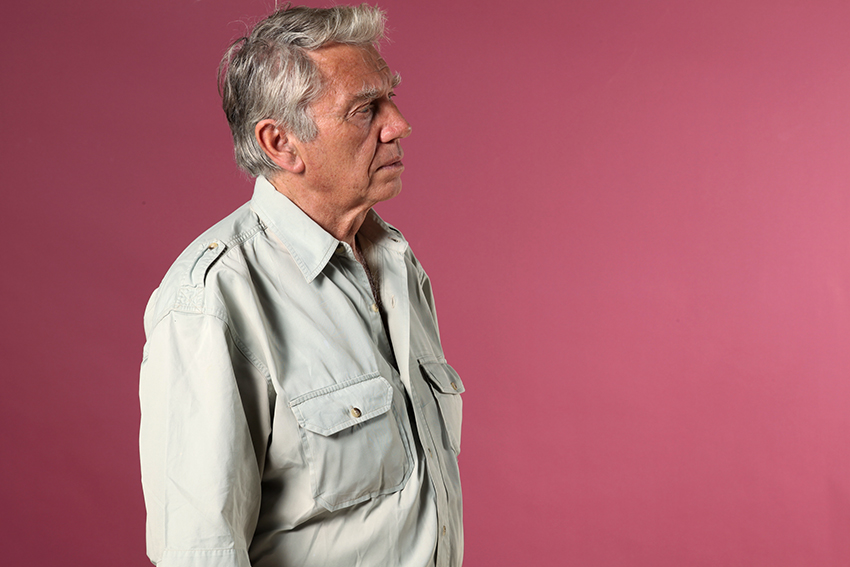 I was honored to have Don McCullin (left) participate to the event… and take this self-portrait. He didn’t accept my choice of the final work, which was far more interesting. He didn’t recognize himself in the picture, and he didn’t understand why this was the whole point of the exercise. So I accepted his request, and published this one, of his choice, which is also beautiful… 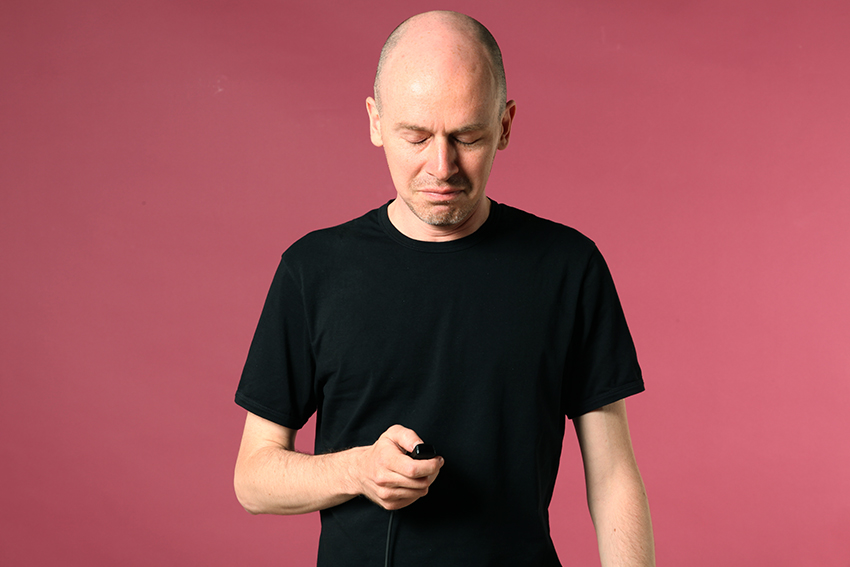 Artist Claudio Gobbi (below) produced this
beautiful work. The artist can express the community’s deep emotions…
Claudio usually photographs interiors with no people. It seems to me he was
also expressing his understatement in this picture. 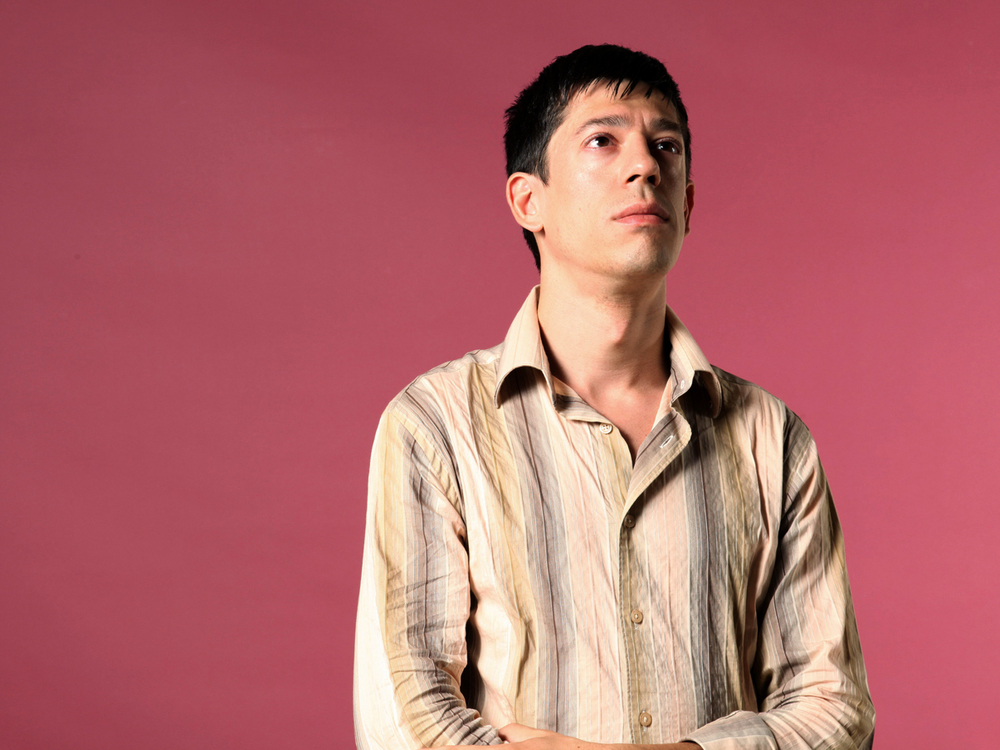 Art critic and curator Daniele de Luigi
took this beautiful image of himself (below). I saw a young Saint Francis, visiting
Rome, looking at Saint Peter’s Cathedral. His arms form a capital U, maybe to
express the union of opposites or maybe UOMO (in Italian, Man). Daniele is now
helping me to build The Self-Portrait Experience exhibition project. 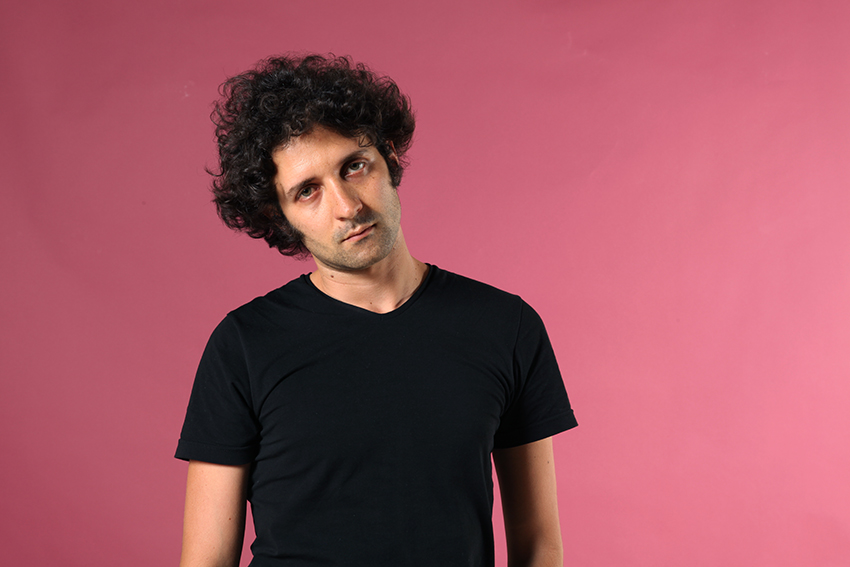 Mario Piccaluga (below) is my photo-retoucher
(www.piccaluga.info). I know him since many years but I had never seen such an
image of him. I love this photograph because his gaze and his absolute
solemnity make him seem superhuman, he detaches from reality. This picture
doesn’t look like him, he didn’t recognize himself. I love how he bends his
head, it gives a very interesting feeling and composition to the photograph. It makes him charismatic, probably because in contact with pain and suffering, with pathos.

Andrada Predescu (below) an art student from
Romania, was already working on the self-portrait before taking this one, as a
means to “express her Self through her body, and that hidden Self which
appears only the instant when the shutter opens, and before it closes
again”, as she puts it. 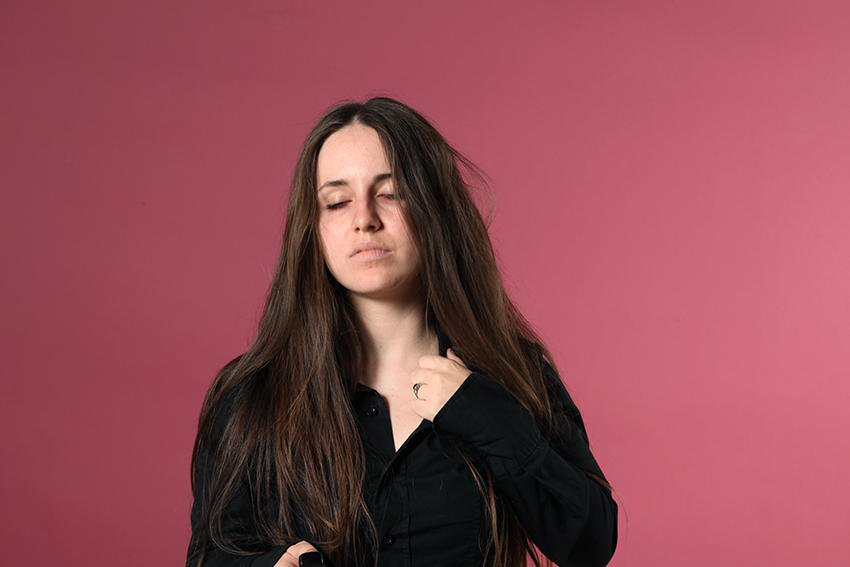 You can see the complete video of the Self-Portrait Experience at the Festival FotoGrafia in Rome if you click here.

Your comments and personal vision of these photographs are very welcome!