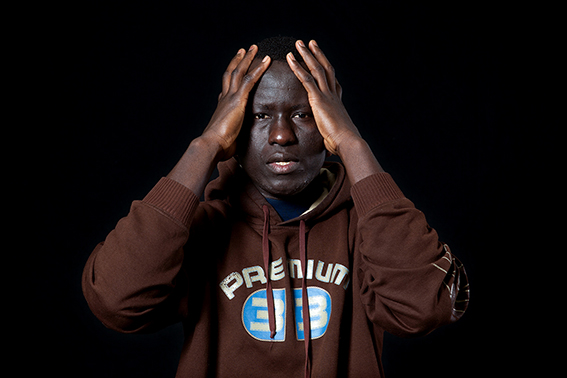 From February to June 2013, for 22 days, I held a complete self-portrait workshop for 50 prison interns at Lledoners Penitentiary Centre in Manresa (Barcelona), with the collaboration of educator Norberto Sinatra, with the help of my daughter Diana, young artist Olmo Stuppia and self-portrait facilitator Ilenia Rossi, and thanks to a grant from Obra Social La Caixa. The interns are in two “participation and responsibility modules” –an innovative system in which interns are committed to avoid violence and drugs, and actively participate to the organization of the modules.

First of all we held a presentation, in which
I told them the story of my life and my emotions through the images, and showed them how the method works and how other interns have empowered themselves with it. The presentation is essential to create a trustful and authentic relationship. Then, 50 interns decided to participate, of which only 7 of them interrupted the process half-way.

The workshop consisted in several self-portrait exercises, such as the emotions exercise, the relationship exercise -which were produced in my professional photo-studio set up inside the prison-, plus the work on the family album, the intuitive choice of landscape images we took for them, and the building up of their personal self-portrait projects, which reflected their inner life in that particular moment. The interns worked both individually, in couples and in group on the making of images and on the perception and choice of the images with the help of specific artistic criteria. 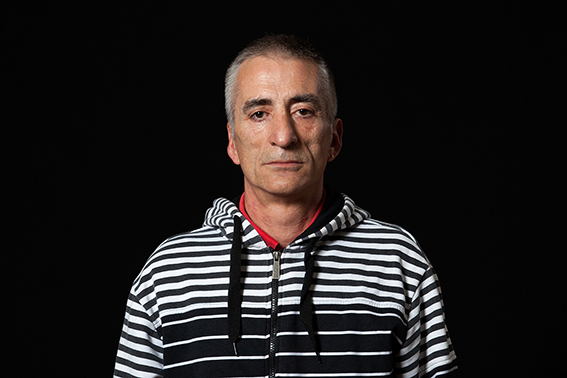 Our aim was, in the first place, to involve the interns in the creative process so that they would learn to transform their pain and difficult emotions into works of art and to perceive the incredible plasticity and multiplicity of their identity. The production of beautiful images which spring from the interns’ inner lives helps them (and us) to see the beauty in their sheer humanity and to accept it completely. This encourages interns to see beyond the labels, to be more aware of their potential, to improve their self-image and their self-esteem. By sharing  this inner process with their peers, they learn to communicate with others in a more authentic way, to see others from a more human point of view, thus  improving their relationships and their public image. The whole process stimulates the thought processes which are necessary for their evolution and their re-integration in society.

The publication of these images, to which the vast majority of the interns agreed, introduces another important goal of this project: to open the prison doors and allow interns to become visible, expressing themselves to the world and inspiring others to do the same, to create a significant dialogue between the inside and the outside, to stimulate people outside to see themselves in the interns’ self-portraits. In fact, in the journey to the depths of our identity through the expression of difficult emotions and pain, we become speakers for others, we are all very similar… 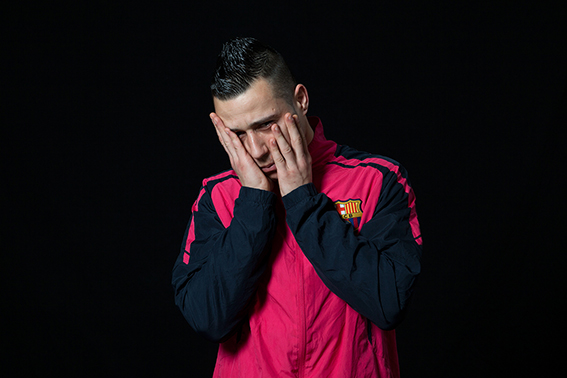 I.M., (left), 29, had been in and out of prison
since he was 14. At first didn’t want to participate, but he wanted to talk to me. He told me that he didn’t believe that I used heroin so heavily, and that I managed to quit. I understood that he didn’t believe that he himself could change his life. After talking for a while he decided he would try, and in the end he participated to the whole process. I decided that I would make my best to convince him that he could make it too. And I did. At the end of the workshop he said: I have seen myself in different way. It’s amazing to discover that we can express completely different things at the same time. Now, he’s a seeker…

J.S. (below) is another intern who has spent half of his life in prison, and the last few months in isolation for punishment. He participated to the whole process with enthusiasm: when we divided the group in two for the group work on the images, he assisted to both groups, spending his whole day with us. Educators were amazed, since he usually couldn’t stay concentrated for more than half hour. This proves my idea that those who are more labelled, usually produce more powerful images and go through a more cathartic process. 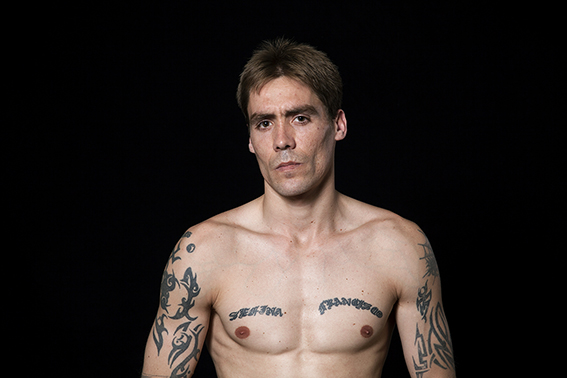 Then J.S. did the relationship self-portrait with M.M. He didn’t have much relationships with other interns, since he was almost permanently in continuous introspection, probably because of the forced isolation. During the exercise, I asked them to pretend a violent fight, without hurting each other, but trying to express the violence with their face. The goal of this exercise is to encourage them to work on the issue of violence. J.S. and M.M. were the only ones in Module 6 who managed to let their violence out and make it seem totally real. This beautiful sequence of works (below) allowed the whole group to see the violence and at the same time see the emotions -the group saw the rage, the fear, the frustration, the need to be seen and loved, the brotherhood and solidarity, the common ideals, the extreme situation. The group could identify with them and honestly talk about violence. 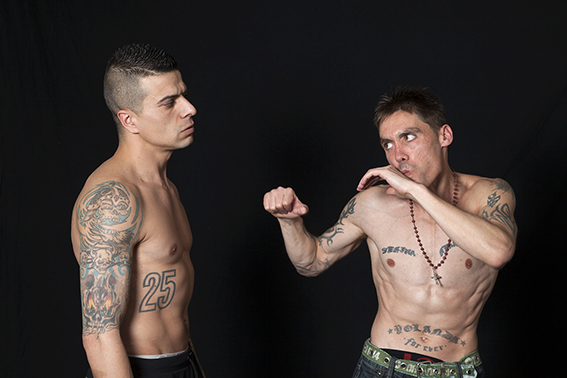 He gave us this feedback: I had never taken pictures of myself and I would have never looked at them. The only pictures in which I appear are those of the police. I was very surprised to see myself. I didn’t recognize myself at the beginning. In the relationship exercise I could express all my rage. I could see my darkest side and accept it. I started to feel good about myself, and M.M. and I have become good friends. 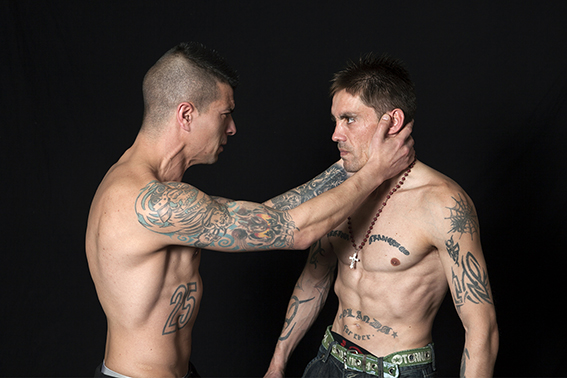 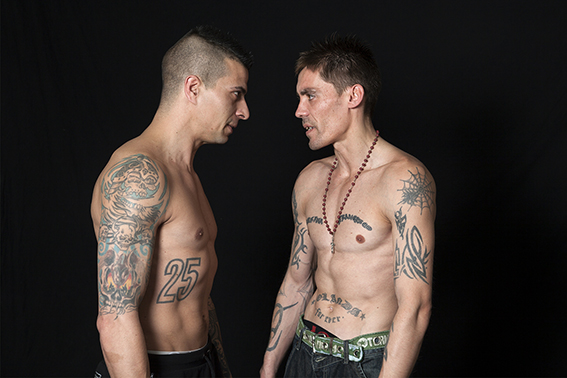 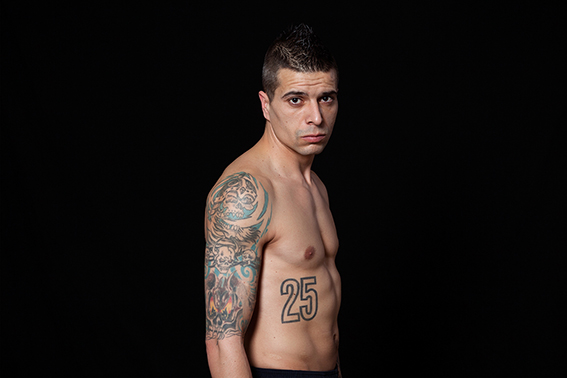 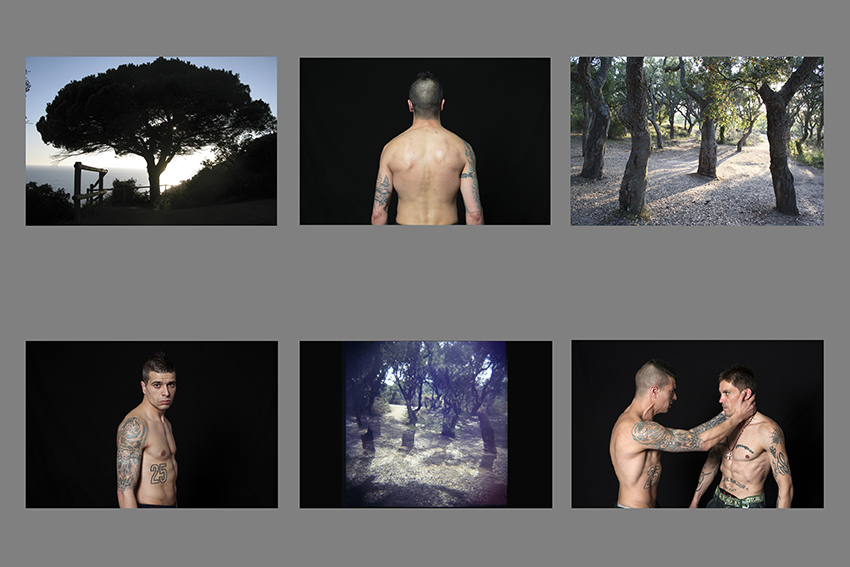 Here is M.M. emotions self-portrait and his whole project. He decided to add these images of trees to his project. He said his roots have become really important. I said that he is like a tree, since he must stay still for some time, and he must be resistant, patient and keep on growing… The group of trees, both neat and blurry, reminded him of his family. He said he liked to share his images with his fellow interns, and to see their images as well. “This workshop allowed me to get out of this hole for a moment, and feel free…”

Here are more of the interns’ beautiful and meaningful projects. And following is some of their feedback. 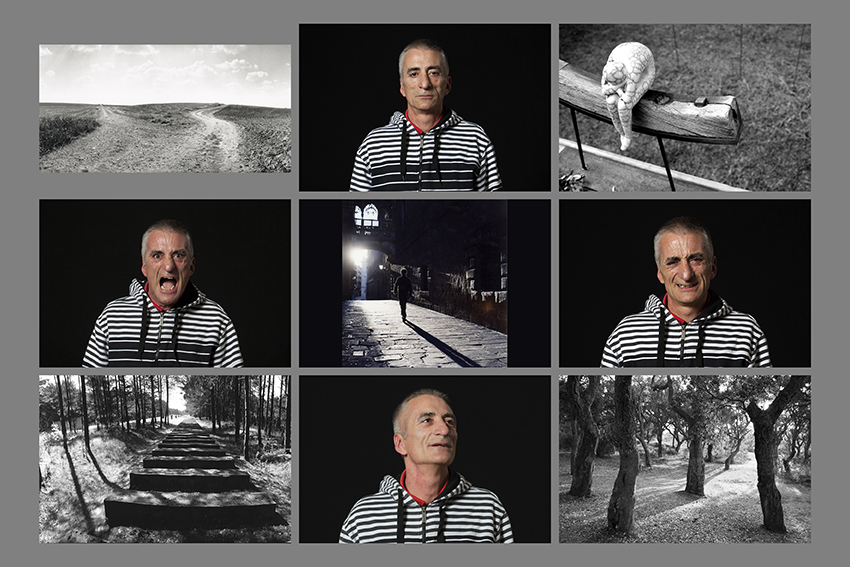 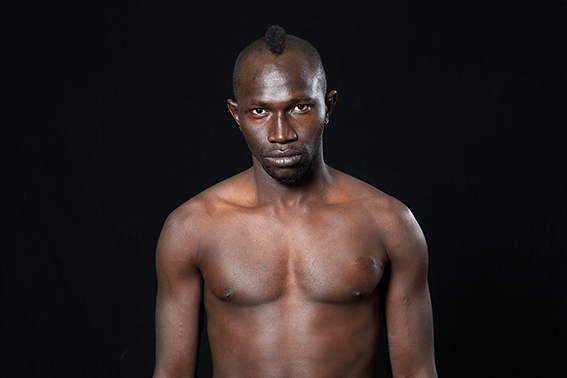 D.K. (left) was suspicious before the workshop began. He asked me “What will you do with these images?” I told him that he could choose to publish them or not. During the workshop, his naked torso self-portrait stimulated a discussion about being black and racism. All Africans were sitting on one side and the whites on the other. The discussion got tough, but they were facing inner conflicts which concerned them all, such as labels, being different, being considered inferior than others, having less possibilities and rights in society… After this discussion, blacks and whites started to relate more between them. Some good friendships began. And D.K. decided he would let me publish his images. “Also on TV”, he said. “I loved the whole experience. Now, I’d like to tell my story, it gives me hope. I’ve seen myself in a different way, and also my fellow interns. I feel I’ve become stronger and I’ve seen my good side… I could let out my rage and pain, and I can accept them. I was surprised to see the wisdom on my face!”

– I have discovered many important things on the process. Not all of them positive, but I it’s been important to open my eyes… I’ve realized that my fellow interns have similar inner experiences and similar pain, so now I don’t consider them as hostile as before.

– I think I’ve learned to forgive myself and forgive others.

– If I could have a camera, I think I would take self-portraits every day.

– I’ve learned to accept that sometimes I feel lost.

– I was very touched to see the images of R.M. crying. It’s been really important to see my fellow interns’ pain, what they think and feel.

– Now I feel others see me in a different way. I don’t feel so rejected and lonely anymore.

– It was not easy to share my pictures with others, since I felt they could see me deep inside, expressing my intimate emotions, but I’m glad I did it. I feel this has helped us to improve the relationship between us.

– I’ve been really surprised to discover that we express completely different things at the same time, in both sides of the face. I think this allows us to better understand the human being.

– I didn’t know there was another “me”… and it’s hard to believe it. But he’s my friend now…

– I think the moment has come to let go this burden and understand why all this rage, this hatred…

– I used to look at pictures quickly. Now I study them. I look at both sides of the face separately and I always discover more than I first saw. I also look at people’s face in a similar way now.

– This experience was too short. I wish we could continue.