EUROPEAN JOURNAL OF PSYCHOTHERAPY AND COUNSELLING 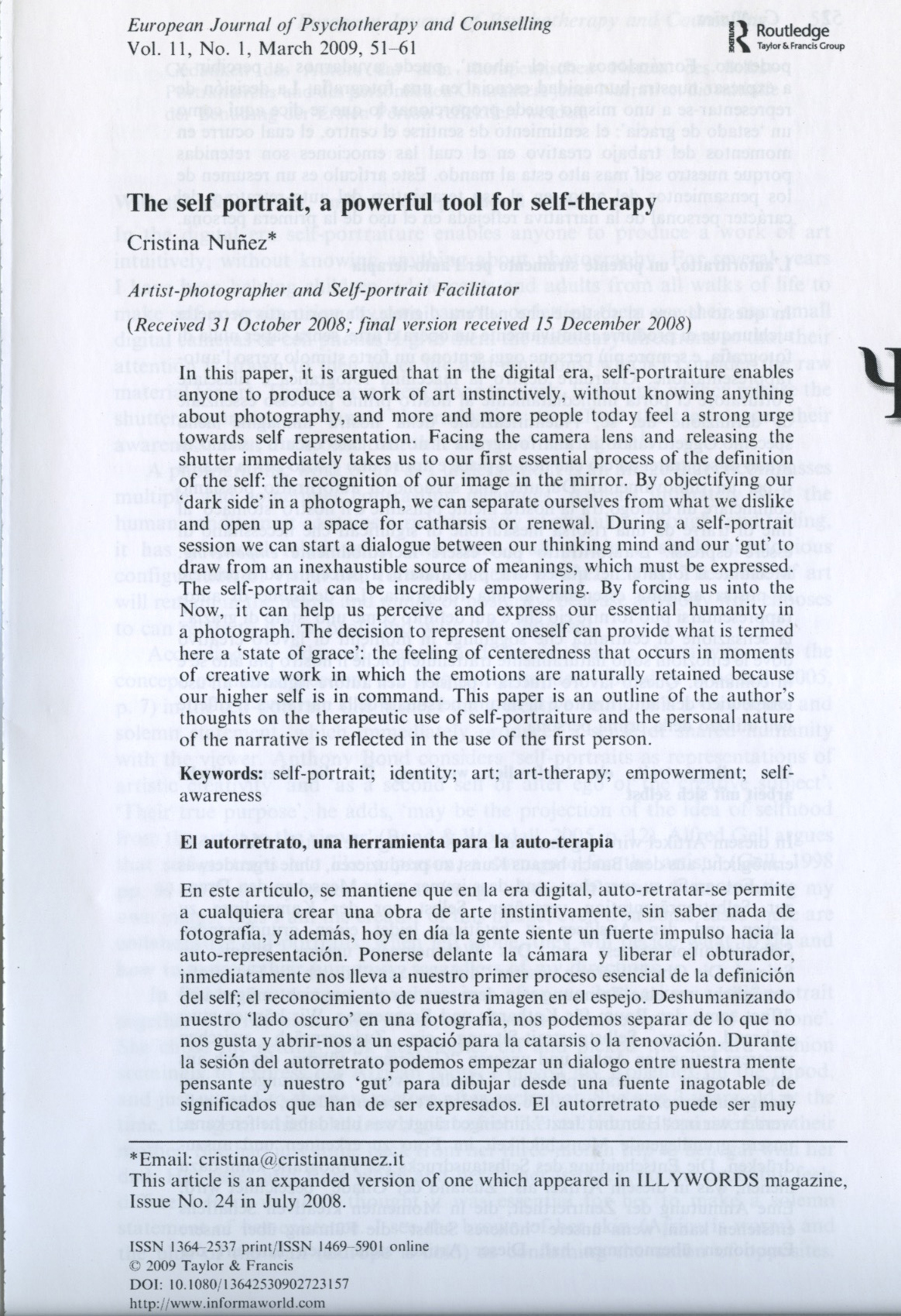 I am really pleased (and proud) to
announce that my article “The Self-Portrait, a Powerful Tool for
Self-Therapy” has just been published on the European Journal of Psychotherapy
and Counselling (Routledge, Taylor & Francis, London). To see the journal
contents and buy the article, click here.

For many years I felt my credentials were
not good enough, because I don’t have a university degree. I haven’t even
studied to become a photographer -I can’t process a roll of film. I have
learned from life, not from university. So it is even more important for me to
have an article on my method published in an English university journal. I
think this “graduates” me as a thinker, which I like a lot.